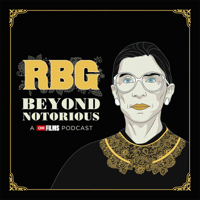 Take a moment to delve into the life and times of Supreme Court Justice Ruth Bader Ginsburg. Starting in present day and working back through history, each episode in this 6-part series highlights a decade of RBG's life. Hear from RBG herself in a ne...Show More