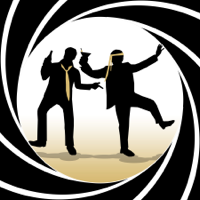 Two friends (Keegan and Chris) rewatch every James Bond film and pair it with a delectable alcoholic beverage themed around the film they're watching. They watch the movie, drink, and then things get sloppy.