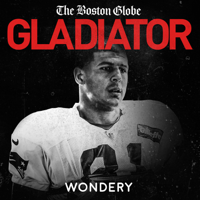 Football star Aaron Hernandez went from the bright lights of the Super Bowl to a convicted murderer in a few years. The Boston Globe’s Spotlight Team, best known for its investigation of the sexual abuse scandal inside the Catholic Church, takes a ha...Show More

The 7 Best Episodes of Gladiator: Aaron Hernandez and Football Inc.