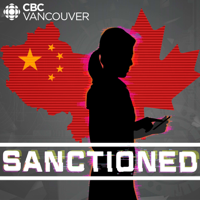 Sanctioned: The Arrest of a Telecom Giant

The arrest of Huawei executive Meng Wanzhou in Vancouver in December 2018 placed Canada in the middle of a global trade war. Stephen Quinn narrates a story of international intrigue set against a dramatic battle to dominate the economies of the futur...Show More

The 8 Best Episodes of Sanctioned: The Arrest of a Telecom Giant

13 Bingeable True Crime Podcasts for Your Next Road Trip