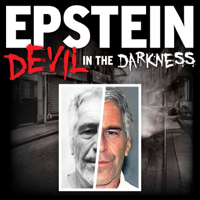 EPSTEIN: Devil in the Darkness

Jeffrey Epstein, the man President Trump once called a “terrific guy” abused hundreds of underage girls while entertaining the world’s most powerful men, including Prince Andrew, President Clinton, and Trump himself. With shocking new interviews and ...Show More

The 2 Best Episodes of EPSTEIN: Devil in the Darkness