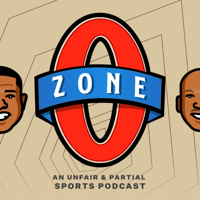 The OZone is your one-stop shop for all things sports. The podcast showcases the unique voice of Omar and Terry Miller, sports enthusiasts both on and off the field. With a little help from their friends, The O-ZONE will take on a variety of issues t...Show More