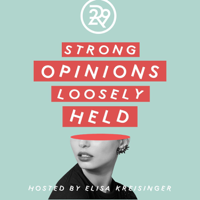 Refinery 29's award-winning podcast is back for a five-part capsule collection on feminist memes. This season we find out what happened to Peaches Monroee after she coined On Fleek, dive into the reaction GIFs selection on Giphy and talk to meme make...Show More