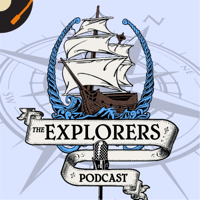 A podcast about the greatest explorers in history.