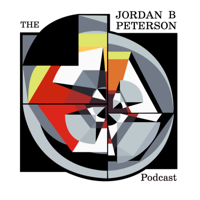 The Jordan B. Peterson Podcast

Join intellectual phenomenon Dr. Jordan Peterson and his daughter Mikhaila for enlightening discourse that will change the way you think. This podcast breaks down the dichotomy of life through interviews and lectures that explain how individuals and ...Show More