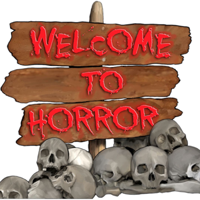 Welcome to Horror is a fortnightly show in which Lee and Adam introduce horror novice Chris to all the delights the genre has to offer. So whether your a seasoned horror fan or someone with a passing interest looking for an entertaining new look on t...Show More