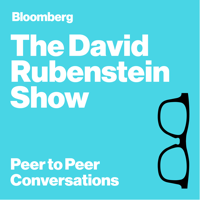 What makes a great leader? How can leadership be developed into a force for true achievement? The David Rubenstein Show: Peer-to-Peer Conversations explores successful leadership through the personal and professional choices of the most influential p...Show More