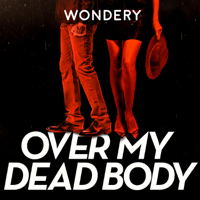 Over My Dead Body

We all have limits. And some people who are pushed beyond those limits will do unspeakable things. In “Tally,” the first season of OVER MY DEAD BODY, Dan and Wendi are two good-looking attorneys whose wedding is featured in the New York Times. But wh...Show More

Best Over My Dead Body episodes