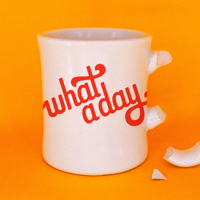 What A Day cuts through all the chaos and clickbait to help you understand what matters and how you can fix it—all in just 15 minutes. Comedian Akilah Hughes and reporter Gideon Resnick break down the biggest news of the day, share important stories ...Show More

Best What A Day episodes