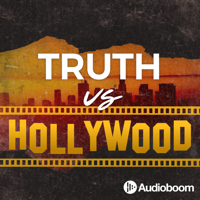 Truth vs Hollywood is a critical look at the real story behind popular films that are Based on a True Story. From the tragedy of Munich to the fun of Goodfellas, our film-loving hosts David Chen and Joanna Robinson will explore the films as well as W...Show More