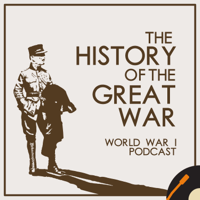 History Of The Great War

History of the Great War is a weekly podcast that will cover the First World War that occurred from 1914 and 1918. Every week we will be discussing the events that occurred exactly 100 years ago. We will journey from the borders of France in the blis...Show More