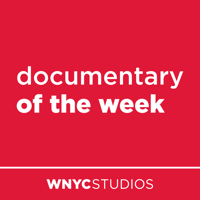 Documentary of the Week

Every week, WNYC tells you about the best documentaries as they become available on screens of any size. Our hosts are Thom Powers and Raphaela Neihausen, co-founders of the Pure Nonfiction podcast and the DOC NYC festival, the largest non-fiction f...Show More

Best Documentary of the Week episodes