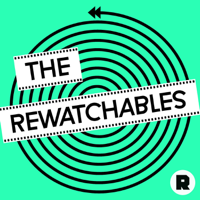 'The Rewatchables,' a film podcast from the Ringer Podcast Network, features HBO and The Ringer’s Bill Simmons and a roundtable of people from The Ringer universe discussing movies they can’t seem to stop watching.