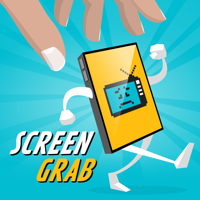 Screengrab is a new KCRW commentary segment hosted by veteran TV journalists Michael Schneider and Joe Adalian. Each week, they'll have a lively discussion about the evolving world of television and that screens -- be they tablets, phones or TV sets....Show More