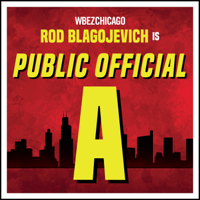 Remember when the governor of Illinois supposedly tried to sell President Obama’s Senate seat? Or, how the same ex-governor got a “You’re fired” from Donald Trump on 'The Celebrity Apprentice'? New from WBEZ Chicago, 'Public Official A' uncovers the ...Show More