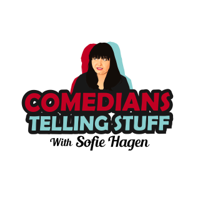 A podcast by Sofie Hagen. Each season, I ask six comedians the same six question. Every question gets its own episode. You can support the podcast by donating on the website: www.comedianstellingstuff.com