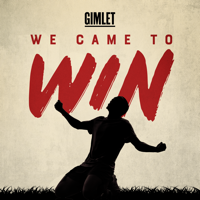 We Came to Win

Every four years, people all over the world turn their eyes, ears, and hearts toward the most exciting sports competition on the planet: The World Cup. We Came to Win tells the stories behind the tournament’s most memorable moments. Like, how did one...Show More

Best We Came to Win episodes