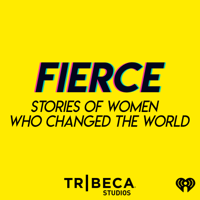 The stories we tell ourselves about the past matter. But what happens when an entire category of change makers are overlooked? Fierce, a new podcast from iHeart Media and Tribeca Film Festival, will shed some much-needed light on the fierce women...Show More