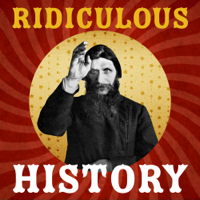 History is beautiful, brutal and, often, ridiculous. Join Ben Bowlin and Noel Brown as they dive into some of the weirdest stories from across the span of human civilization in Ridiculous History, a podcast by HowStuffWorks.