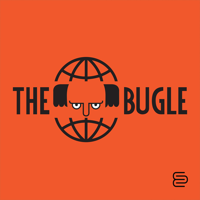 It's the trans-global satiricast that leaves no hot potato unbuttered. Andy Zaltzman breaks down the news with comedians from across the world including Alice Fraser, Hari Kondabolu, John Oliver, Nish Kumar, Anuvab Pal and his sister Helen.

More Podcasts from The Bugle