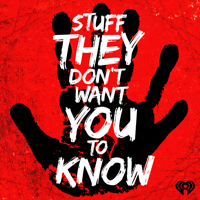 Stuff They Don't Want You To Know

From UFOs to psychic powers and government conspiracies, history is riddled with unexplained events. You can turn back now or learn the Stuff They Don't Want You To Know ... an audio podcast from iHeartRadio and HowStuffWorks.

Who Killed the Women of Juárez? Investigate with iHeartRadio.