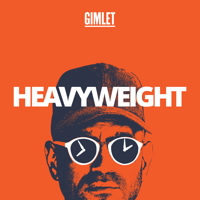 Maybe you’ve laid awake imagining how it could have been, how it might yet be, but the moment to act was never right. Well, the moment is here and the podcast making it happen is Heavyweight. Join Jonathan Goldstein for road trips, thorny reunions, a...Show More